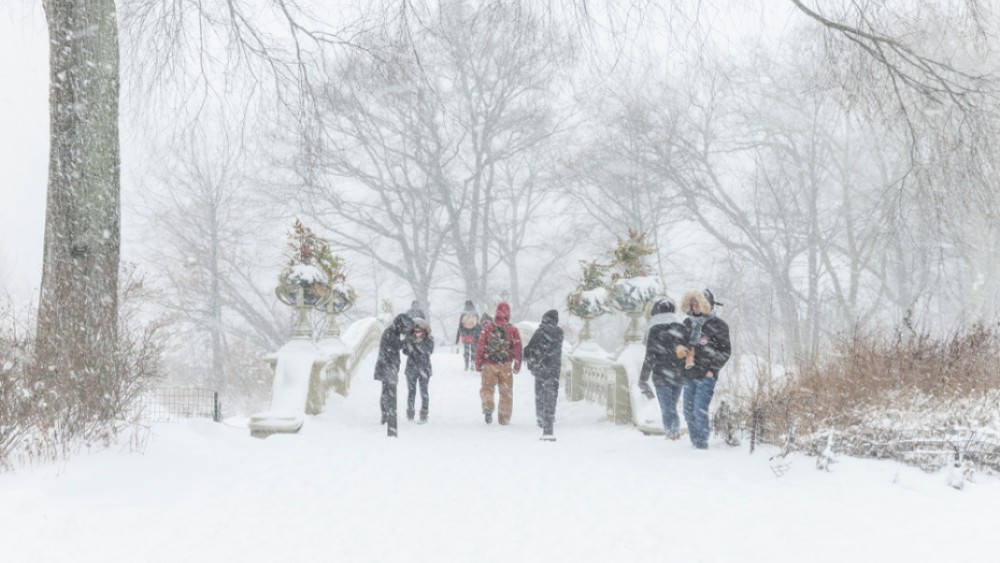 At least six people have died and more than 4,000 U.S. flights have been canceled due to a massive winter storm hitting the East Coast, with heavy snow, gusty winds and the coldest air of the season. State officials said three of the deaths occurred in North Carolina and a fourth happened in South Carolina, as the weather system barreled up the eastern coast. Two people were killed in Virginia on Thursday, according to authorities. Meanwhile, U.S. airlines canceled at least 4,020 flights within, into and out of the United States, according to airline tracking. Most of the cancellations were in New Jersey, Boston and New York.