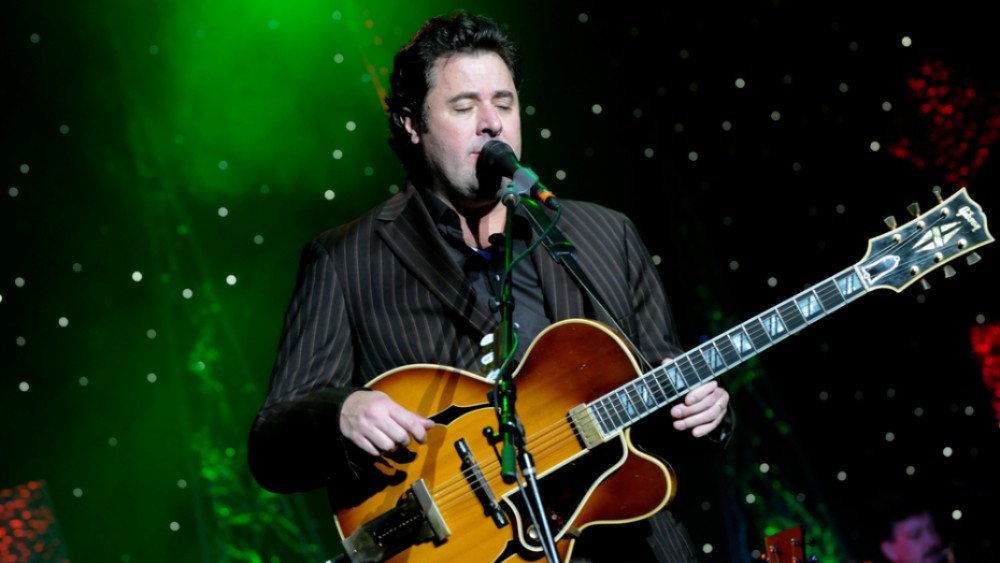 Vince Gill has spoken in defense of The Recording Academy, which has recently come under critical fire for under-representing female artists.  The country star spoke before a benefit concert for the Country Music Hall of Fame, sharing the stage with Emmylou Harris, Maren Morris, and Kesha. He claimed it is “impossible” to not leave some artists off the list in a given year. Gill concluded that all that matters is that musical people are “conscious of what’s great at the end of the day,” adding, “We don’t care about genres, of color of skin, or gender, or anything. We just love playing music with great people and that’s all.”  The Recording Academy was pointed out in this arena last month for several Grammy Awards-related incidents, most notably a lack of female winners. Recording Academy CEO Neil Portnow responded by saying women need to “step up”; a comment he later said was taken out of context and regrettable.

Via abcnews.go.com
Vince Gill defended the Recording Academy over the criticism that female artists were…
02/17/2018 11:30 AM